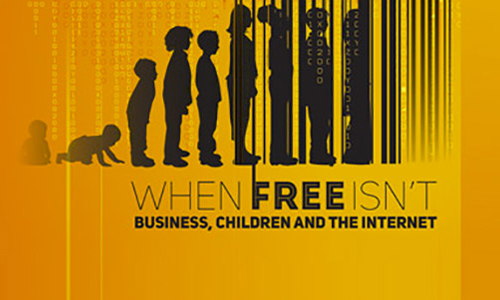 You wait hours for the No. 11 bus then two come along at once. That’s pretty much how things have turned out with investigations into children and e-commerce.

Last month first out of the traps was the mega “Study on the impact of marketing through social media, online games and mobile applications on children’s behaviour”, which was conducted by academics drawn from the LSE and the University of Catalonia.

Last week saw the publication of When “free” isn’t published by eNACSO. I was a co-author, along with Barbara Lilliu and  Professor Agnes Nairn, inter alia author of Consumer Kids.  When writing When “free” isn’t  we gratefully received lots of expert input and advice from organizations such as the World Federation of Advertisers, Eurocare and London lawyers Hunton and Williams.

I think we won the competition for the snappier title but otherwise I am glad to say that in all key respects, where they looked at similar issues, the two reports reached more or less identical conclusions.  They are mutually reinforcing. The eNACSO paper perhaps had a broader policy focus and contained a greater political and historical analysis of how we have ended up where we have but otherwise we were both on the same page.

Extracts from the LSE/Catalonia study

Extracts from the eNACSO study

Obviously there is a lot more to both studies than I have set out here but I hope I have whetted your appetite.