Ofcom – Children and Parents: Media Use and Attitudes Report 2014

One in three children in the UK now has their own tablet computer, which has nearly doubled in a year, finds. Among children aged between 5 and 15, 34% now have their own tablet, rather than using devices belonging to their parents or school, up from a fifth (19%) in 2013. Six in ten (62%) children use a tablet at home, which has risen by half in a year (42% in 2013).

A sharp increase in tablet ownership among very young children means that some are using one to surf the web, play games and watch video clips before they join school. More than one in 10 children aged 3-4 now have their own tablet (11%, up from 3% in 2013).

Twice as many children aged 5-15 are using a tablet to go online (42% versus 23% in 2013), which could have implications in future use of laptops and PCs. For the first time, the proportion of children accessing the internet on a PC, laptop or netbook fell, by three percentage points, year on year, to 88%.

These trends are highlighted in Ofcom’s annual Children and Parents: Media Use and Attitudes Report, which examines children’s use of different media and communications, and the role parents play in overseeing them. 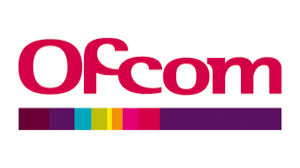