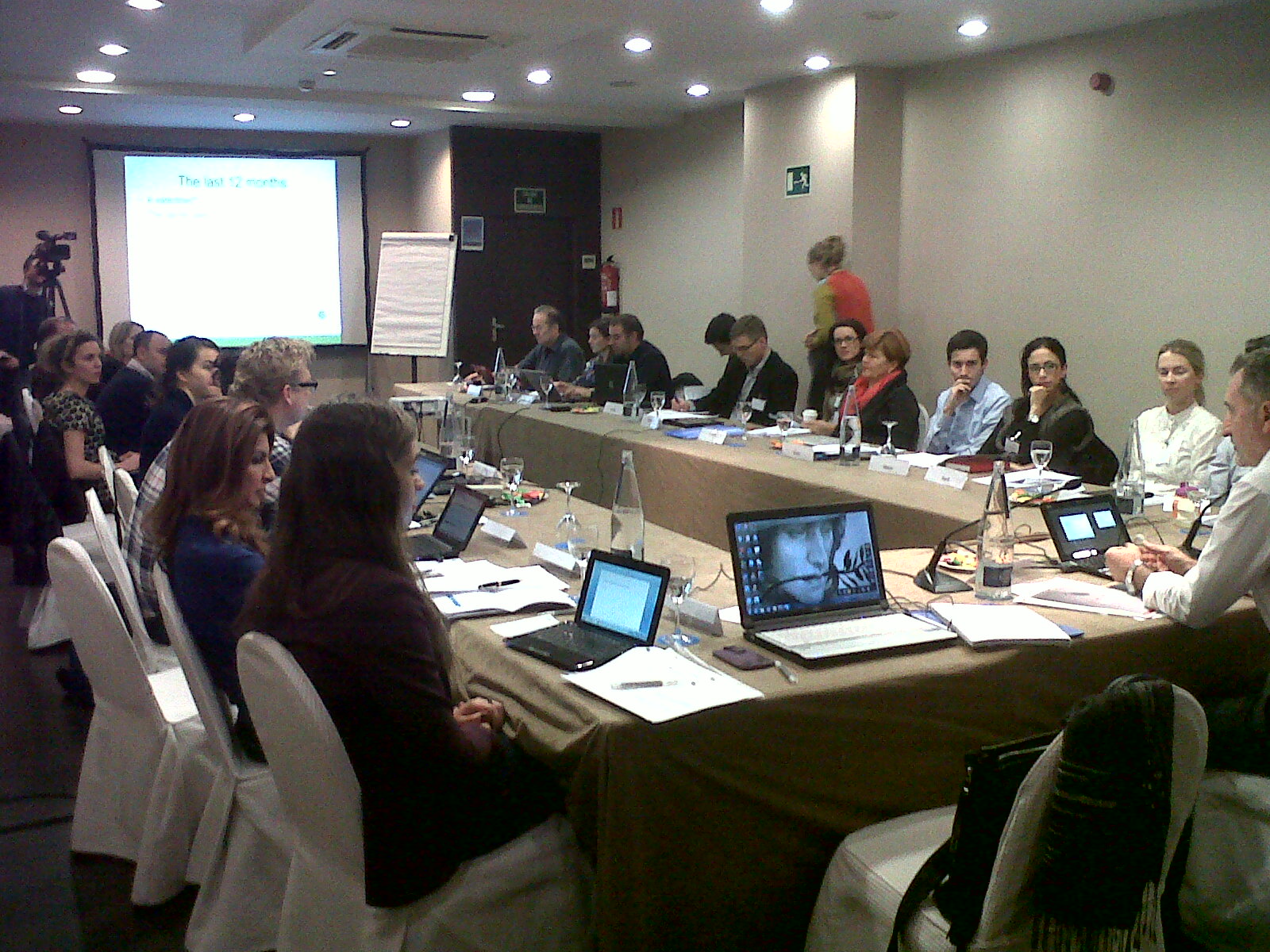 eNACSO Members Meeting in Madrid (21-22 November 2013) explored pornography, sexualization and gender stereotypes impact on children online. The concept of the event stemmed from the debate that was launched by UK Prime Minister on filtering adult pornography and extended the discussion on how sexualisation and gender stereotypes affect child safety(sexual abuse, sexual bullying, sexting, spread of stereotypes for commercial aims).
The key speakers were two prominent experts: Elly Farmer (NSPCC) and Maddy Coy (CWASU).

Elly Farmer – NSPCC Clinical Psychologist and Researcher – explored a variety of research areas relevant to how we educate young people about pornography. She summarised robust research findings delineating the impact of pornography, focussing on areas of paramount relevance for young people such as their sexual and relationship satisfaction. Moreover, she highlighted key factors and processes underpinning these effects, such as the content of pornography, the grooming of pornography consumers by the industry, and pornography’s interaction with childhood vulnerabilities. The intervention ended by proposing an ‘informed choice’ model for pornography education.

Madeleine Coy – Deputy Director of the Child and Woman Abuse Studies Unit (CWASU) and Reader in Sexual Exploitation and Gender Inequality at London Metropolitan University – analyzed the impact of sexualisation as a conducive context for violence against women and girls. She stressed a gendered analysis which explores what messages about being a woman/girl and a man/boy are spread in sexualised popular culture. Sexualisation is topic that is central in academic and policy debate as well as in media arenas, nevertheless the focus is often limited to ‘premature’, ‘early’ or ‘inappropriate’ sexualisation. There is far less emphasis on how gendered dynamics are reproduced in advertising, ‘lads mags’, music videos and other forms of media. Therefore, the speaker explored how sexualized popular culture and online environments reflect and reinforce notions of consent, coercion and sexual norms as well as the extent to which new technologies facilitate old forms of abuse and harassment.

John Brown – Head of Strategy and Development NSPCC – and John Carr – External Expert eNACSO – started from the Prime Minister Cameron’s speech on July 2013 and described the current debate in UK that is developed in four main lines:

1. Default on filters for adult content among domestic users

3. Changes to the way Google Search and Bing will operate

Different eNACSO’s members described their experience on the topic:

– Ovidiu Măjină, and Boglárka Jánoskúti, described Romanian and Hungarian context in regard to sexualisation and pornography.

– Kevin Vennewald, representative of Kinderhilfe, reported the advocacy action successfully accomplished in Germany to get Starbucks block pornography in the free wi-fi provided in its cafes.